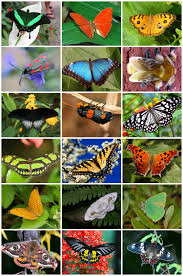 This article (slightly edited below) was published in Department of Entomology newsletter at Iowa State University: https://www.ent.iastate.edu/department-entomology-alumni-news-2021

Niranjana Krishnan writes: I started my Ph.D. with Dr. Steve Bradbury in January 2016. My research addresses the potential risk of insecticide use on monarchs using breeding and forage habitat in close proximity to corn and soybean fields. In the course of undertaking acute and chronic bioassays with organophosphate, pyrethroid, diamide, and neonicotinoid insecticides, I observed a previously unreported development effect caused by the neonicotinoids. Specifically, final-instar monarch larvae treated with neonicotinoids died mid-pupation, with no symptoms of poisoning. This failure to complete pupation occurred three to four days after a single topical exposure and was manifested only during larval to pupal molts; larval to larval molts were unaffected. These observations suggest that neonicotinoids may be disrupting the ecdysis signaling pathway during pupal metamorphosis.

To further characterize this developmental effect, I worked with Dr. Russell Jurenka, who dissected monarch larvae that exhibited arrested pupal ecdysis and discovered a full pupal case. We determined that a 24-hour dietary exposure on the final larval day causes arrested pupal ecdysis; however, a 24 hour exposure 2 days before ecdysis causes no adverse effects. Based on these findings, I was awarded, the Henry and Sylvia Richardson Grant from the Department in 2019. This grant was established to support research outside a graduate student’s planned program. We set out to determine if arrested pupal ecdysis caused by the neonicotinoids was unique to monarchs or was broadly expressed in other lepidopteran species.

We determined corn earworm, wax moth, painted lady butterfly, and red admiral butterfly demonstrated arrested pupal ecdysis. European corn borers and fall armyworms did not exhibit this effect. The reason for this difference between species could be due to interspecies variability in metabolizing the neonicotinoids. Probably the most interesting finding was seen in final-instar corn earworm treated with imidacloprid “at just the right dose.” Larvae entered arrested ecdysis but did not die. After about 10 days, the careful removal of the old larval and pupal cuticle found a completely formed adult, except the extremities did not expand.

Based on these findings, we are preparing grants to understand how neonicotinoids cause this delayed, stage-specific, low-dose effect and in turn improve understanding of key events in signaling pathways during insect metamorphosis. Our work highlights the importance of conducting toxicity bioassays with late instars and incorporating long observation periods to capture insecticide susceptibility at different developmental stages. Had we not used this experimental design, we would have missed an adverse effect important for assessing environmental risk to a species of conservation concern and a discovery that opened a new line of research in insect metamorphosis!