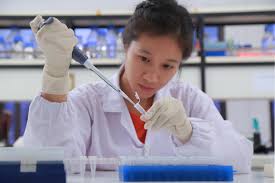 Figure 1: A lot of toxicity testing takes place in the lab (Yakuzakorat [CC BY 4.0 (https://creativecommons.org/licenses/by/4.0)], from Wikimedia Commons)Before I explain why and how scientists test the toxicity of a chemical, it is important to reiterate a concept: the dose makes the poison. For the most, there is a relationship between the quantity of chemical an organism is exposed to and the nature and degree of harmful effects. This is called a dose-response relationship (see Figure 2).

Is there a difference between dose and concentration?

Yes, there is. To best understand the difference, consider water. If you put 5 milligrams of a chemical in one liter of water, the concentration is 5 milligrams/liter. If you consume 0.5 liters of this water, the dose you get is 2.5 milligrams (5mg/L * 0.5L).

In the rest of this post, dose can mean both dose and concentration.

Why test for toxicity?

There are four major reasons why scientists test a chemical for toxicity:

The older kind of toxicity testing

To see how a short-term exposure to a chemical affects non-human species, we calculate the dose that either kills or causes any other effect in 50% of the treated population. To see how a long-term chemical exposure affects non-human species, we usually obtain the lowest dose that causes a toxic effect or the highest dose that doesn’t cause a toxic effect. (Ideally though, it is better to generate a dose-response relationship.)

For humans, the standards are understandably more protective. For both short and long-term exposures, often the highest dose that doesn’t cause a harmful effect (or the lowest dose that causes a harmful effect) in a test animal is identified and is used to set a “safe” dose.

The newer kind of toxicity testing

While the above methods are still largely used, alternative methods that reduce vertebrate testing and are more humane are gaining ground.

Doing toxicity testing on non-vertebrates and/or vertebrate cell cultures (cells isolated from vertebrates and grown artificially) and extrapolating the results to whole vertebrates in one such way. However, it is important to know how different species respond and how cells and tissues differ from whole organisms. Check out the Tox21 section for more details.

Instead of giving animals high doses of a chemical and killing them, scientists nowadays give low doses and sample blood or other tissues and check to see if levels of enzymes, hormones, DNA, and proteins are altered. Computer models are being used to predict the toxicity of a chemical by studying the relationship between a chemical’s structure and its biological activity. Also, modeling is being used to study the effects of chemicals at the population level.

There is a lot of uncertainty to tackle in both human and ecological toxicology. Since we don’t test chemicals on humans, we have to extrapolate results obtained from treating lab animals. And there are millions of species on earth and it is possible to test only a minuscule number. Also, some species can be difficult to obtain, rear, or study. Hence, surrogate species for toxicity testing have been identified for humans, birds, plants, fish, terrestrial invertebrates etc. These surrogate species are tested and uncertainty factors are added to extrapolate the results to the original species.

For example, the surrogate species for humans are often rodents. If the highest dose that doesn’t cause a toxic effect in rodents is 100 mg of the chemical/kg body weight, then the maximum allowable safe dose for humans is 0.1 mg of the chemical/kg body weight. An uncertainty factor of 1000 (10 x 10 x 10) was added to account for differences between species (rodents and humans), within species (between humans) and for the increased sensitivity of the children and the elderly. For other species, the uncertainty factors are much lower or a more sensitive surrogate species are treated to capture worst-case effects. Scientists also employ species sensitivity distributions to extrapolate results to other species.